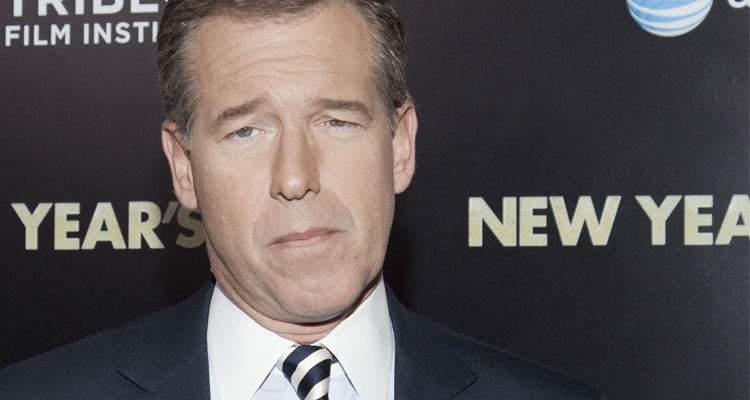 I Am Brian Williams (and so are you)

Over the past few weeks, it’s become apparent that one of our most notable journalists has been “exaggerating” the story of who he really is. I’m sure it started very innocently, as these things tend to do, but quickly became a career ending scandal.

Now the NBC News Anchor has removed himself from his post and fresh allegations are being made about other journalists that seemed to tell better stories of their life in the middle of the action, rather than actually living it.

In all likelihood, his career is probably over. That tends to happen when your credibility as a “truth teller” is called into question.

The problem with judging Brian Williams is simply this…I do the same thing.
And so do you.

We live in a world that loves to judge others based on their personal failures and false portrayals of their “less than” spectacular lives.

Brian Williams is guilty of the charges brought against him. His life will now go a direction that he never anticipated simply because he felt that THE REAL STORY was exciting enough to advance his career…and sustain his ego.

He is being judged in the media, through the family television, and around the workplace water cooler.

So, why aren’t we judging ourselves?
Why don’t we gaze at our own fabrications with the same scrutiny that we hone in on everyone else?

It’s the same sin…to portray ourselves as better than we are.

It’s the motivation behind “being cool”…
Portraying an “expert”…
Wearing the “right” clothes and hanging out with the “right” people.

This sin is practiced by every person desperate to fit in to what is deemed ACCEPTABLE in their particular social circle.
To be young…athletic…strong…professional…and cool.

Those who are desperately out of shape but wear the latest exercise technical clothing and technology.
Those who can’t wait for the latest ________ catalog to make sure they are dressed better than those they will come in contact with.
Those who must get their way to demonstrate they are the alpha male or the woman’s rights advocate.

They are all rooted in the FEAR that they are not enough…by themselves.
That God didn’t create value in them without the extra’s.That they must embrace the values of the world rather than the things that we know…deep down inside…are much better….

22 But the fruit of the Spirit is love, joy, peace, patience, kindness, goodness, faithfulness, 23 gentleness, self-control; against such things there is no law. 24 And those who belong to Christ Jesus have crucified the flesh with its passions and desires. Galatians 5:22–24 (ESV)

We may all be Brian Williams, but we don’t have to stay that way.
So where do we start?
By changing what we value and the way we think…

You are enough…just as you are…as you walk with your Savior.